We moved from Newcastle to Sydney by Greyhound bus.

We were amazed to see such a big city after a long time spent in the countrysides.

Anyway, we went to the backpackers close to the bus stop and spent a night there.

The next morning, we took breakfast and did a bit of sightseeing (only around 30min!!)

and moved to the next WWOOF host place by train. 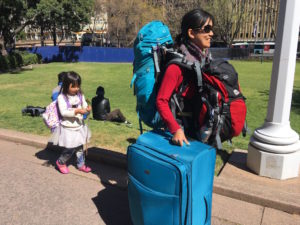 I didn’t force her to have these luggages. Just she herself wished to have them.. Lol

Our next WWOOF host was Eric Brocken.

He learned horticulture, and took a certificate of permaculture about 30 years ago.

He also has an experience teaching permaculture at TAFE as well!! 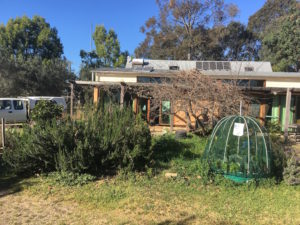 This center’s aim is to increase awareness of the need for people everywhere on the planet to begin living sustainably NOW.

That’s why, he uses this center as a place where information about sustainable living practices and the opportunity to gain skills are available to all.

According to that word, for example, walls of a building are made by the mixture of clay taken from near river, ash, and 10% concrete.

Methods of construction are Mud brick, Rammed Earth and so on. 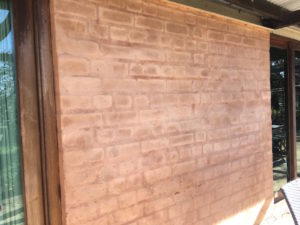 This is Mud brick construction method. 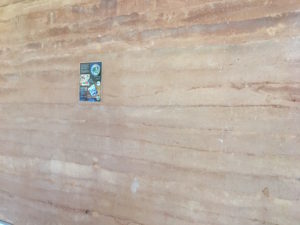 This is Rammed earth. Surface is more smooth than Mud brick. 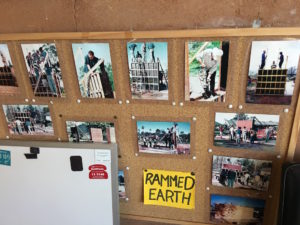 It may be hard to see, but these are photographs when they were making Rammed Earth Wall.

Besides, the wood that are used in the house are mostly recycled timber.

Using solar power for electricity, rainwater for water, and toilets are compost.

Below photos are the garden of the center . 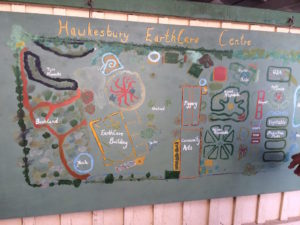 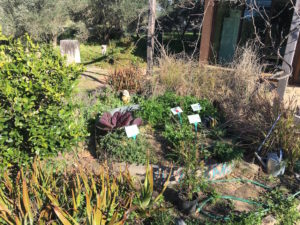 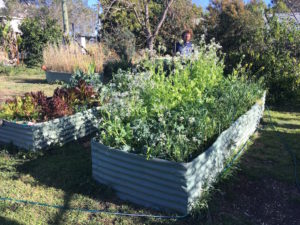 There are worm farms as well.

I heard stories that earthworms raised at Worm Farm can not put in the garden.

Unlike earthworms raised in fields with few foods, earthworms grew up with the soil rich in food. Therefore, they were too luxurious to adapt the environment of the garden!! 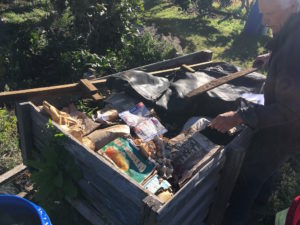 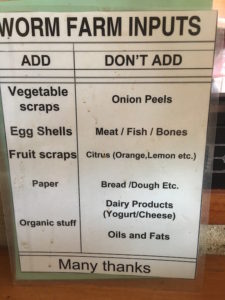 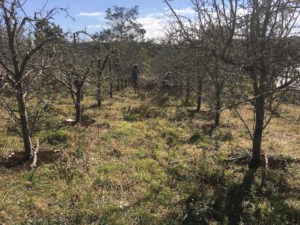 Vegetable delivery service by farmers with an annual agreement to the customers, which is comparatively general in Japan (TEIKEI, never heard this Japanese word to describe this system though..), is getting popular now in Australia (very big in USA).

This system is called CSA (Community Supported Agriculture), and Aaron does this service.

Other than doing CSA, he has various unique ideas. I hope his dream come true soon!!

His farm is surrounded by national park.

Fresh air and clean water. I think this is great environment for cultivation.

The mountains overlooking this cliff are superb! ! 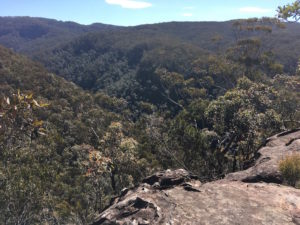 He lives in Tipi on the property of his farm! 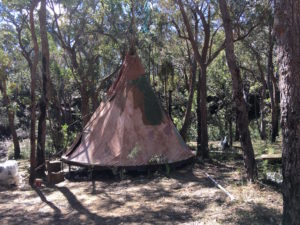 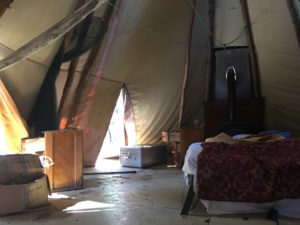 Surprisingly, inside is spacious!

Before he became a farmer, he traveled around the world using his sailing boat for years!!

Eric and Aaron have a good parent-child relationship. They support each other and also a good rival.

One night, I asked Eric “Why did you allow Aaron to travel around the world by himself? Did you not worry about him?”.

“One of my favorite singer said, the role of parents is to open the door when the child knocked at your door. It means that all you have to do is to give a hand when your child really need you. I like his word. Of course I was worried about his safety, but he decided himself. Even if he dies, it is his life and his responsibility. He was mature enough to make his own decision. I also lived like this way. ”

I was impressed by his words! They are so cool!!! 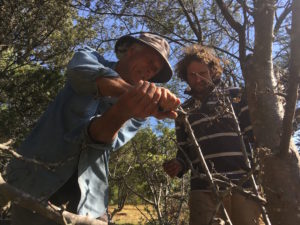 Thank you very much for reading today as well! !

Why We named our House “the House of Origin”

Hi. We started to rent an old house in Ootoyo Kochi from January 2018. This place has nothing in a good way and a place where we can get back to basics. Therefore, we named t...

Hi, I'm AK. This time, I would like to write about how we were spending time at the host place, other than work we reported in the previous article. First, about the house we...

Hi. YH and AK writing. We left Australia, where we stayed for two and a half months, and arrived at New Zealand! Goodbye Australia, Hello New Zealand. The day of departure...

Hi, I'm YH. Our next destination is Kinglake Homestead, place for WWOOFing, located in the northeast of Melbourne. It is about 1.5 hours by car from Melbourne city. We wer...

1/7-10 Life in countryside where isolated from civilization

Hi. This is Yuta writing. This time, I'll write about the first 5days of our life in the old Japanese-style house! Very cold morning It gets very cold in both morning and ...