We left Atamai Village and head to the next adventure.

This time is a bit long journey.

We rented a car and 8days of sightseeing started (blue line below)!

I haven’t realized that I drove as far as 2,524km before I wrote this blog..

I will introduce the good places and fun places during the trip.

After leaving the B&B, we went to the school festival, which was recommended by the host, close to Atamai.

He told us that it is one of the busiest festival in this region.

And it really was.

We didn’t expect such a lot of people (and cars!) in a small town. 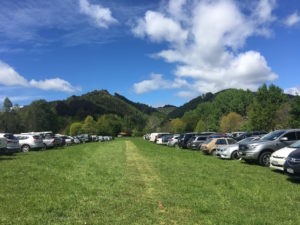 Parking at the school 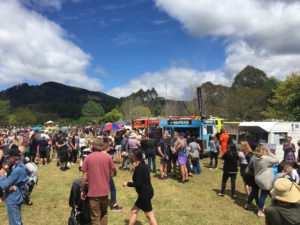 Anyways, we parked our car and joined the festival!!

We found out that we did not have much cast with us..

Both Australia and NZ, since credit card is widely spread, we are mostly ok with no cash.

However, the thing is different when it comes to festival..

Although our kids were so excited, we calmed them down and start looking around.

Then we found a ray of hope!

There was a CASH counter!!

We immediately went there and waited in line.

BUT we found a board writing, “NZ bank card ONLY”, which we don’t have..

We waited, just in case we can use our card, but of course their answer was no..

The moment we gave up and heading back, the guy in front of us said “You can have this”.

We were so surprised that we couldn’t get what happened.

It was quite a lot of money to give to perfect strangers..

We refused to have them but he said “this money is for your kids. It’s their festival! No worries. Enjoy!!”

I was deeply impressed that I almost starting to cry.

Pay forward is the word that came to my head.

I made a vow that when I see someone who needs help next time, I will give my hand to him or her.

After that, our kids and us enjoyed the festival! 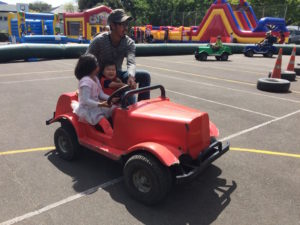 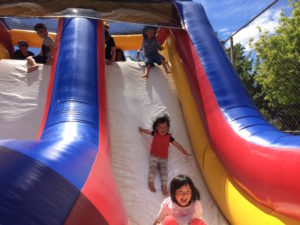 Other than that, there were many interesting things going on such as wood chopping competition, guessing game (the calf was in a fence and guess the place where to poo!) 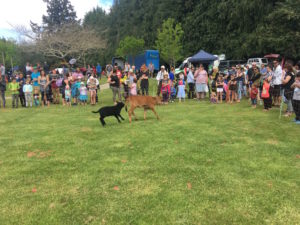 In the square site, there is lines of a grid pattern (although you cannot see it in the picture). 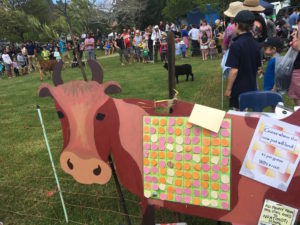 Thanks to the guy who helped us, we had a LOTs of fun!

That’s it for this time!

Thank you for reading.

Hi. I'm Yuta. As we posted last time, we arrived in New Zealand. Once getting out of Nelson airport, the great view of nature spreading out in front of us. It is difficult...

Our Way After The Trip -What is Amby Life-

Hi. Yuta writing. My travel finished (3 months in Philippines and Thailand by myself and Australia and NZ with my family) and came back to Japan in the end of 2017. This time...

1/7-10 Life in countryside where isolated from civilization

Hi. This is Yuta writing. This time, I'll write about the first 5days of our life in the old Japanese-style house! Very cold morning It gets very cold in both morning and ...

Why We named our House “the House of Origin”

Hi. We started to rent an old house in Ootoyo Kochi from January 2018. This place has nothing in a good way and a place where we can get back to basics. Therefore, we named t...

Hi,I'm YH. We moved from Newcastle to Sydney by Greyhound bus. It takes approximately 2.5 hours and arrived at PM11:30. We were amazed to see such a big city after a long ...